10 key lessons for real estate investors on capital vs income when arguing with the CRA: From intention to integrity 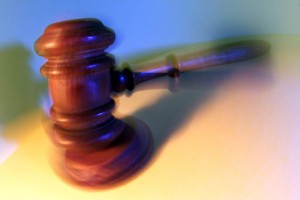 Belcourt Properties Inc. (Belcourt) took the position that the sale of some commercial units sold within a predominantly residential condo development, despite being sold relatively shortly after the development and shortly after the sale of the residential units, should be treated as capital versus income. Effectively, Belcourt was looking for a capital gain, which was only 50% taxable, as compared to full income inclusion (being taxed on the entire proceeds of the sale). The CRA reassessed Belcourt, after which Belcourt brought the matter to court after losing their objection with the CRA and the original auditor.

The judge provided a summary of the major criteria determining whether the sale of a property should be considered a capital or an income transaction. The focus of these criteria was determining the initial intention of the taxpayer. More specifically:

With regards to an adventure in the nature of trade, the judge quoted well-recognized court cases providing the historical guidance still used today. Essentially, “….was the asset acquired by the taxpayer as an investment or was it not…”. From a tax perspective, this recognizes that someone may not be in the business of regularly selling real estate, for example. But, even an isolated transaction which is done with the intent of selling the real estate as compared to earning rental income over the years can be designated as “an adventure in the nature of trade” and thus treated as income.

Some of the criteria listed in determining whether a gain is from income or capital include:

We often speak about intention and its importance in determining whether a sale should be treated as capital vs income. What was your intention on purchase of the property? To sell it? To rent it?

Intention however has what I call an evil twin–the concept of “secondary intention”. This essentially covers whether you, at the time of acquisition, had a secondary plan of selling the property if the first intention of renting the asset fails to be realized for whatever reason. I’ve yet to meet a serious investor who hasn’t considered a worst case scenario of selling a property – which is why I call secondary intention the evil twin.
So, then, you must ask whether this “alternative” thought process was important to the decision in originally acquiring the property.

Overall, the judge specifically noted that the CRA failed to properly argue the criteria of secondary intention. The judge viewed the taxpayer and witness testimony as credible, and ruled in favour of Belcourt. Although each side presented many facts and had the opportunity to win or lose, proper real estate accounting and record keeping allowed Belcourt to confidently make the arguments needed. In addition, Belcourt’s integrity was a key aspect of their ability to win their case.

10 key lessons for real estate investors from the Belcourt case

What can you as an investor learn from the Belcourt Case about protecting yourself? Make note of these 10 key points that helped Belcourt win the day against the CRA: