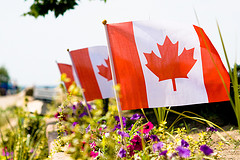 This article will be the first in a series related to the Canadian tax implications of Canadians investing in foreign countries, with a particular emphasis on the United States. As the series develops we expect that updates will be made to the previously published articles.

If the funds owing have been outstanding for more than a year, the Canadian company must record a reasonable amount of interest income on the loaned funds. As a minimum, this interest is at the “prescribed rate.” The prescribed rate is set quarterly based on the yields of Government of Canada Treasury Bills. For the last few years, the rate has predominantly been 1%, and occasionally 2%.

The minimum prescribed rate is ignored when actual interest income has been included in the Canadian company’s taxable income, as long as that income is of an amount at least equal to the prescribed rate. Thus, in most cases we expect that the foreign entity would be better off to have a “real” tax deduction as compared to a “deemed” interest deduction within the foreign entity. In other words, ensure that on an annual basis interest income is recorded in the Canadian company and an interest expense/liability is shown (ideally paid at least annually) in the foreign entity. Depending on the country involved, tax withholdings may be applicable in the foreign country. There are no withholdings for interest paid from U.S. entities.

Further, in some situations the deemed interest income would not be applicable where the interest was already included into the income of the Canadian company through the “foreign accrual property income” (FAPI) rules. We’ll be discussing the basics of FAPI in a separate article as it is critical to understand the basics for Canadians investing abroad.

Another key exception to the interest rules relates to investments made to a “controlled foreign affiliate” of the Canadian company to earn income from an “active business.” While a slightly different definition of active business is used for foreign affiliates, it is very similar to the typical definition used elsewhere in the Canadian Income Tax Act.

A controlled foreign affiliate can be loosely defined as:

We will be discussing active vs. inactive income in a separate article as well given its importance to Canadians investing in Canada and in foreign countries.

Anti-avoidance rules – no escaping the tax?

The Canadian Income Tax Act has various “anti-avoidance” rules that prevent escaping the deemed interest charge rules, such as from common situations where loans are made to different foreign entities, indirect loans, back-to-back loans etc. Draft legislation clarifying a variety of the detailed rules was introduced in July 2013.

Overall, the key to remember is that one way or another a Canadian corporation will be required to include into its taxable income a minimum amount of interest income annually from loans made directly or indirectly to foreign entities.

This article is brief in nature, omitting detailed information and exceptions such that the summarized information should not be relied upon without the advice of qualified advisors.